So… I started today expecting to be just doing a few awards posts that I’ve slacked on for the past month or three… But I decided to be dedicated and really check and make sure I didn’t miss any… well FK! I missed awards posts back from JANUARY. You guys, I feel like a slacker.

Because it will take longer than intended for me to get through these awards posts so that you guys aren’t slammed with them, I’m going to do an initial post of thanks to the girls that have nominated me for various things this year (if you nominated me for something and I missed you on this list please please tell me! I’m not trying to leave anyone out and apparently I’ve been doing that for months!)

#4 – nominated by LoveEstelle back in January and missed. Sorry girl! Should have been #1!
(this is also the only post I can NOT find the nomination post of, but I did see it at one point)
#5 – nominated by ImmaLady back in February. Not much better of a missing date huh? Oops!
#6 – nominated by SmileSweetieHQ back in March. I haven’t posted since this, better? no?
#7 – nominated by CattyNatty just last month. That’s not SO bad. But still kinda is.
#8 – nominated by AliceRambles. Look, I don’t look so scatterbrained if we focus on that one!

nominated by JustBeingJulz back in January… I REALLY thought I did this post!?! Ugh!

launched & nominated by BellaBee back in April. It’s in the works!

nominated by MadiTheMermaid, also back in April. I hadn’t heard of this one before her 🙂

#3 – nominated by Susheii just back in May. This award is so fun and I can’t wait to do it again.

nominated by GlamorousEtoiles just last month. Another one I hadn’t seen! Excited for it!

I’m 99% sure I had one emailed to me as well, but I honest to god can’t find it right now. If I find it or the lovely lady that sent it to me reminds me I’ll be updating this post and including it.

Besides that, I’m going to try to spread these 6 posts out over the next couple weeks between unboxings, product reviews, challenges, and a new series starting this Monday that I think you guys will love. That way there’s time for each set of bloggers and new nominees to get the attention they deserve.

Note: I now have an OCD spreadsheet with links to every post. AND

PSA: You can search your comments for the word ‘award’. Quite handy! 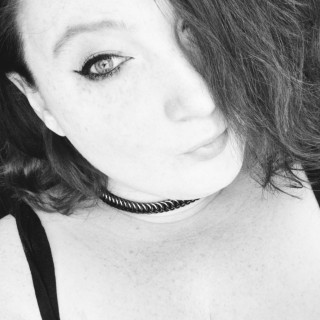 Hey there! I'm Sarra: Photographer, Designer, Beauty Blogger, BulletJournal Babe, and I'm on a journey to explore girliness through the eyes of the inept girly girl.

not on Wordpress? try